About 100 young protesters gathered in front of Chico Nut on Saturday to organize for a march down the Esplanade to the city plaza. They marched in solidarity with Michael Brown, Eric Garner, Tamir Rice, John Crawford and Akai Gurley, black American citizens recently shot to death by white police officers in different parts of our country.

The marchers, led by Jaquan Sayres, were peaceful and well-behaved, even when they chose to leave the sidewalks and go directly into the street, blocking traffic and risking arrest. Event Monitors from the Chico chapter of the Northern California ACLU walked beside the large group to keep the crowed moving and to make sure everyone was safe. Local police were present but didn’t interfere with the march. Below, in photos, are highlights of the march. 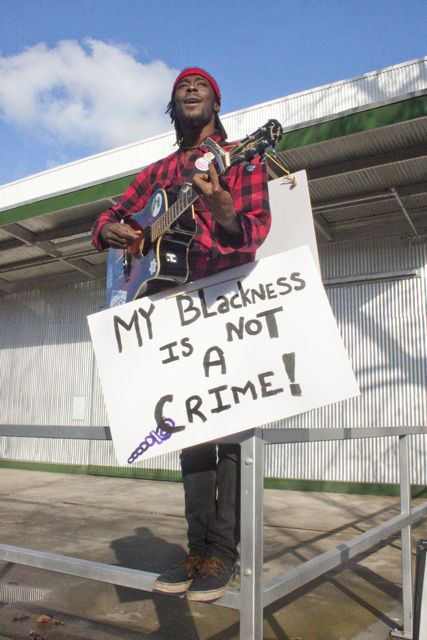 Protesters gather at Chico Nut on the Esplanade. 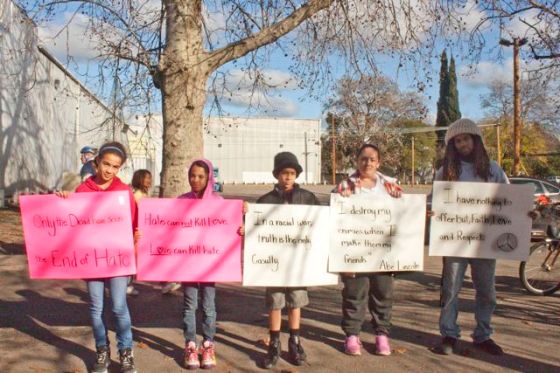 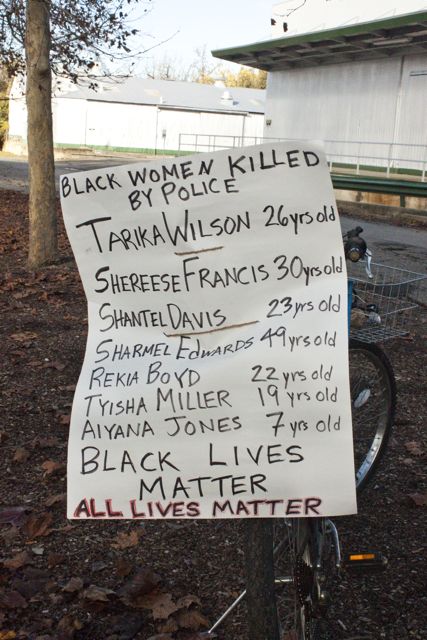 Not reported in the news.

Police were present along the route.

Walking in silence, marchers take to the street.

Blocking traffic on both sides of the Esplanade. 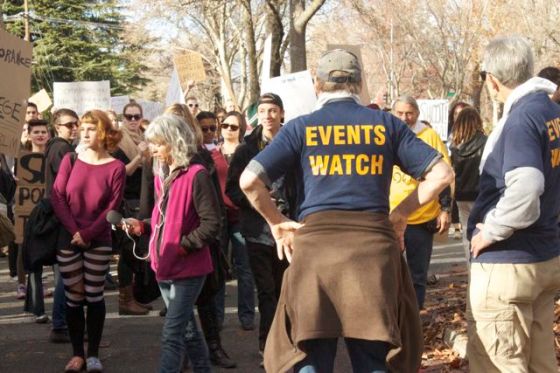 Still in the street. 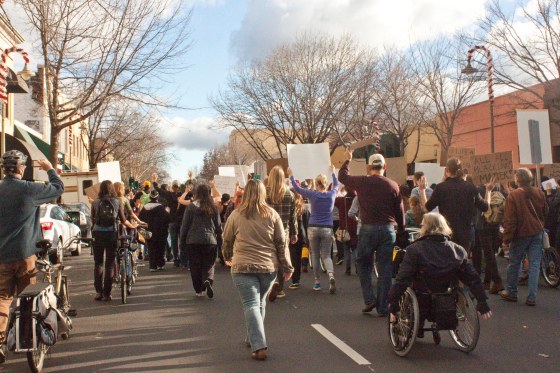 Marchers arrive at City Plaza where a rally followed the march.