In Tom Gascoyne’s front page article in last week’s News&Review, he coined the phrase “City of Stumps.” It’s in ironic contrast to Chico’s official designation of “Tree City USA,” as bestowed on our town by the National Arbor Day Foundation. But Gascoyne’s designation does seem more appropriate these days. Yesterday, in the deepening twilight of an on-coming storm, 25 city street trees were cut down on Mission Ranch Blvd. in Chico. The neighbors complained of dropping limbs and raised sidewalks. However, several local tree advocates offered numerous ways these problems could be mitigated, to no avail. Only 3 city council members wanted to save the trees (Gruendl, Ritter and Stone). During the council discussion our-now-Mayor Sorensen stated, “Cut them down. The sooner the better.” Let’s hope this callous comment won’t be his ongoing mantra for our urban forest. (see photos below) 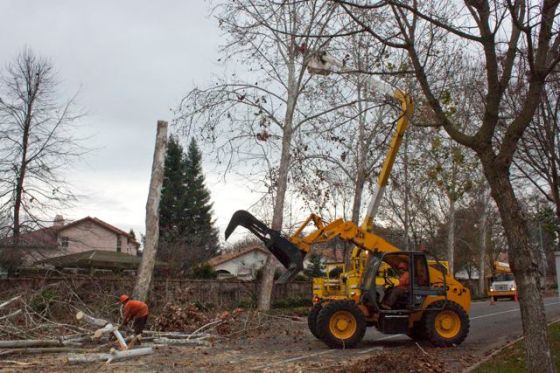 Crew hurries to clean-up as the storm approaches.

The last tree is chain-sawed. 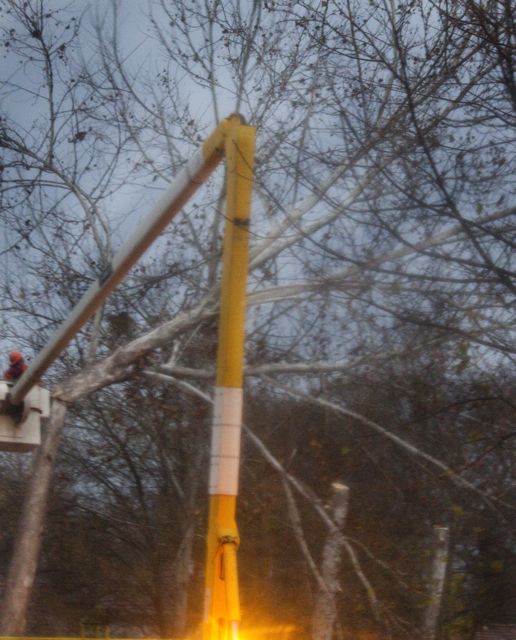 In the murky light of the rain, the last tree falls.

The “job” is complete.