[Author’s note: I wrote this essay in 2004, the first time I participated in BEC’s Bidwell Park and Chico Creeks cleanup day.]

Saturday morning, September 18th, [2004] was the Bidwell Park and Chico Creeks Cleanup Day, sponsored by Butte Environmental Council (BEC).   About 200 other volunteers and I met at Horseshoe Lake to pick up our BEC trash bags and be assigned areas for cleanup. I stood in the morning air and chatted with friends I hadn’t seen for some time. I noted, even in the faces of strangers, some reassuring sense of community, some notion of shared responsibility. At length we all headed off in separate directions with our trash bags and gloves and our intent to make Chico a cleaner place to live. Though no one accompanied me, I didn’t feel as if I worked alone. The others were out there as well poking around creek banks and under bushes and along curbs. We all worked as one.

My area was at the conjunction of Chico Creek and the Esplanade bridge, by the Children’s Park. My husband and I often walk or ride our bikes over this bridge. We pause to look down where the water reflects the slant of early Spring sunlight or lies adrift with Autumn leaf fall. But inevitably, the beauty is marred by an accumulation of trash strewn along the bank and sunk in the water. So, on this day I was determined to make the experience of crossing the bridge more enjoyable for myself and others.

The Esplanade bridge over Chico Creek.

I started picking up trash where the Children’s Park parallels the creek. At first, I didn’t see much trash. But when I climbed down the dusty, eroded bank to the edge of the creek, everything changed. I found old bottles and aluminum cans discarded so long ago that they were now stuck into the bank, heavy with mud and water. I saw plastic cups everywhere, the tops to them strewn randomly about, plastic straws enough to match each and every cup. The plastic stood out garish against the softly shaded soil. I felt that if I left as much as a single plastic straw to its own devices it might outlast the creek itself by thousands of years.

Little by little, I gathered up the trash: paper bags covered with grime and grease, slimy fast-food containers, candy wrappers swarming with red ants. Everywhere I looked I saw debris strewn by the hands of my fellow citizens among the plants and trees and in the waters of the creek. On the street above, I heard the engines of cars and voices of walkers passing over the bridge. Did any of them know of this mess that lay below? Was one of them dropping trash from the bridge at this very moment, some inconvenient scrap of paper or emptied cup that they weren’t willing to carry as far as the next trash can? I settled into my task with a kind of snarling determination, whatever earlier sense of community I might have had quelled by the misery and filth I had found myself in. But as disheartened as I was, I was not prepared for what I found in the darkness beneath the bridge.

In the dim light lay the abandoned remnants of a homeless person’s camp: a streaked and torn mattress and pillow, crumpled wads of newspaper smeared with human feces, rotting food, more plastic fast food containers; old, rotted cardboard boxes. Everything was covered with rat shit. The smell was awful. That was when the anger that had taken me subsided and I began to cry. I cried for all the homeless people living under bridges, like trash discarded and hidden from view. I cried for all the people who had so lost their natural connection to the Earth, to other beings, and even to themselves that they felt no remorse in disfiguring the beautiful waters of Chico Creek. I cried for myself because I did not want to be there, did not want to see what I had seen. I cried all the while I picked up the mess.

I hauled the loaded trash bags up the bank to the street as one returning from another world. I asked a passing couple what time it was. My face and arms and clothes streaked with sweat and dirt, my eyes bloodshot from crying, I registered the obvious distaste of the couple who probably thought I’d been living under the bridge myself. I turned away from them and looked down into the waters of Chico Creek where the current slipped into the darkness under the bridge.

Chico Creek passing under the bridge.

This year, the 32nd annual Butte Environmental Council’s Bidwell Park and Chico Creeks Cleanup Day is on Saturday, Sept. 21. Meet up with BEC members and  other volunteers at Hooker Oak Recreation area, 9:00A.M. Or for more information go to becnet.org. Reduce, re-use, recycle – it’s part of the Green New Deal. 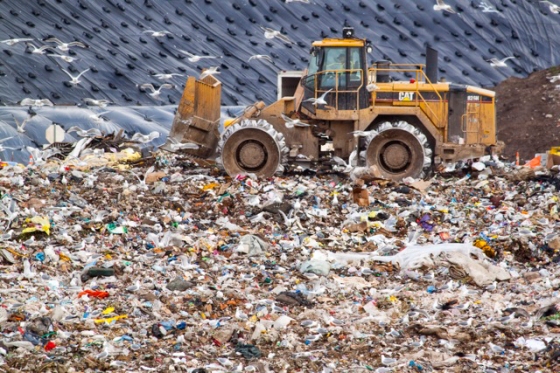