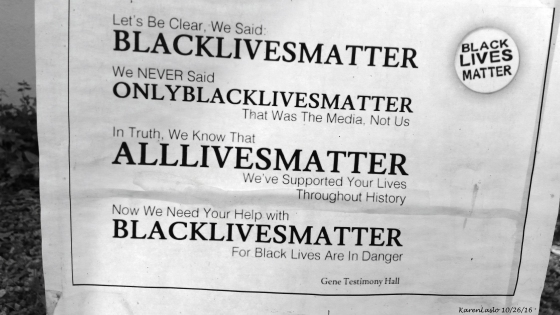 Four years ago, riding my bike home from the park, I saw this sign in the front yard of a house in the “streets neighborhood” of Chico. It was October 2016, a few weeks before the fateful presidential election that gave Donald Trump the office of the presidency. I’d heard the slogan before, but I was compelled to photograph the sign because it was the first such sign I’d seen around town.

Today, October 1, 2020, in the aftermath of the brutal murder of George Floyd by Minneapolis police and Breonna Taylor by Louisville police, it seems as if nothing has changed since the day young Trayvon Martin’s body lay on that dreadful patch of pavement in Sanford, Florida.

But something has changed, because now, wherever I bike here in Chico I see the familiar “BLACK LIVES MATTER” signs. They’re found on businesses, carried on signs in protests, and even worn on people’s bodies, but mostly they’re found in the front yards of the most ordinary and modest of our mutual Chico homes. 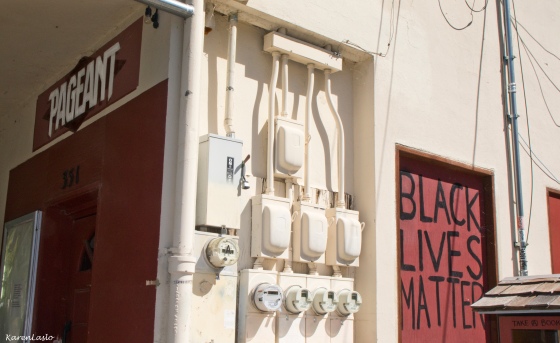 The Pageant Theatre in downtown Chico, closed now due to the Corona-19 virus pandemic, but still relevant in our community.

Bob Crowe, member of the Unitarian Universalist Fellowship, Chico, hangs a BLM banner on the roof of their meeting hall.

A pub on Park Ave., Chico 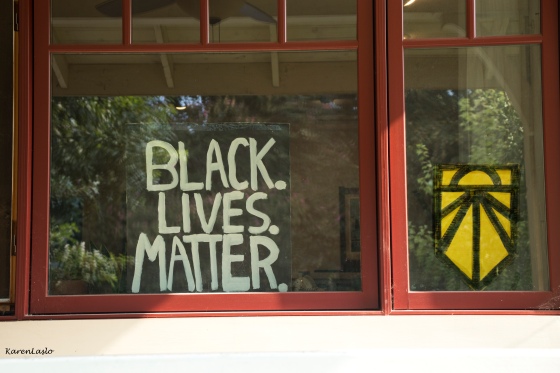 A few days after the police killing of George Floyd a peaceful protest was held at Chico City Plaza. 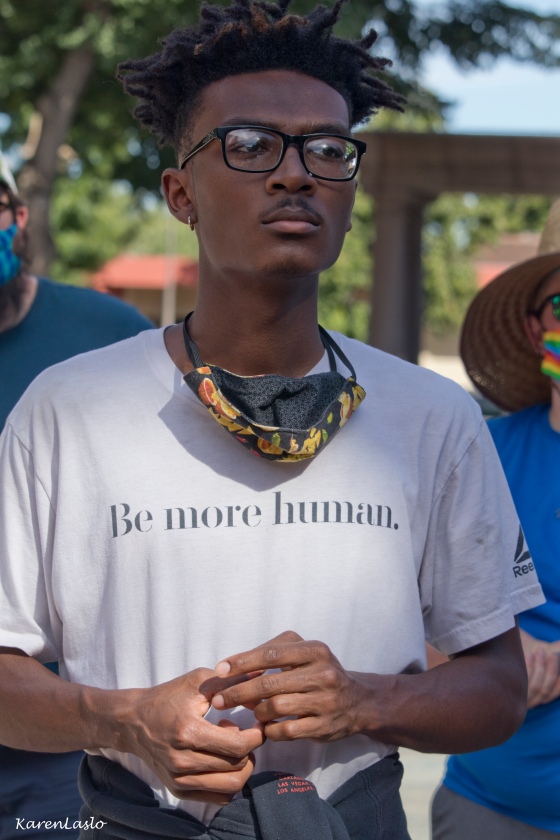 A human being at the peaceful protest against the killing of George Floyd, Chico City Plaza.

“The names below belong to Black people killed by police (including off-duty and retired police) in the United States between the years of 1998 and 2020. It is by no means a comprehensive list; the Black lives lost to police violence and white supremacy are  incalculable. Between 2015 and 2020 alone, police have killed at least 1,296 Black people (more than double the rate that white people have been killed by police).” ACLU News, summer 2020.

During the debacle of the first presidential debate between Trump and Joe Biden, Trump refused to condemn violence by far-right extremists. Instead, Trump told the white supremacist group, Proud Boys, to “stand back and stand by.” 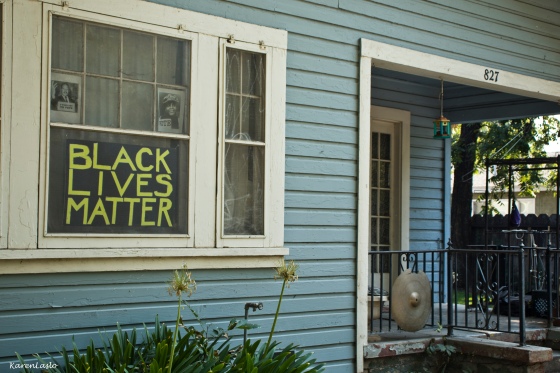 Supporter of CC4J at press conference. 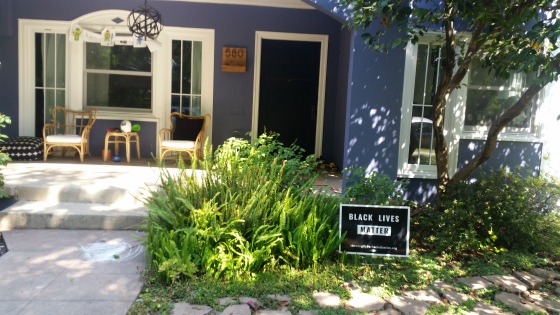 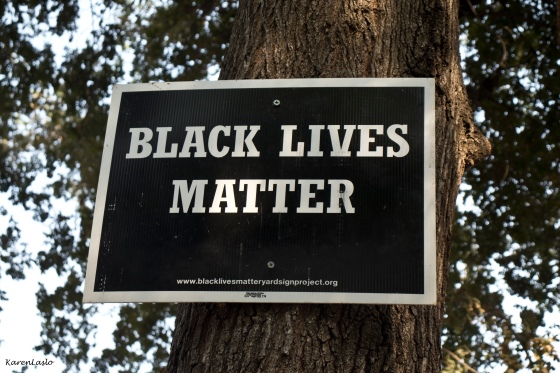 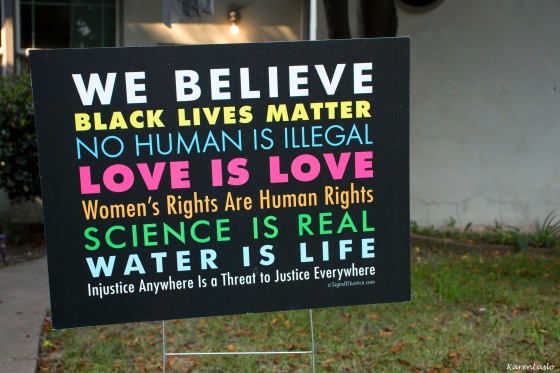 “Ella’s Song” by Sweet Honey and The Rock:  https://www.youtube.com/watch?v=U6Uus–gFrc