By now, most everyone in Chico has heard about the Chico Green New Deal (CGND). It’s been plastered all over local media, and speaks to me of the urgency of the impending climate crisis. And so I went downtown to a press conference held by the co-authors of the Chico Green New Deal: Vice-mayor Alex Brown and Council member Karl Ory. I wanted to hear first hand about their plan to deal with the most devastating and catastrophic issue of our time. (See link below to CGND.)

As I listened to Alex and Karl speak about what we must do as a community to combat the worst affects of climate change, I was struck by the juxtaposition of a young and newly elected Vice-mayor appearing aside an older seasoned veteran of the City Council. Together, they constituted the essential inter-generational force that alone can avoid climate catastrophe and move us toward a way of life that can be sustained for future generations. It will take both young and old. It will take all of us.

No generation can escape the consequences of an unrestrained climate crisis. The young among us will bear the unchecked consequences for the whole of their lives, and the older among us, in their aging vulnerability, will suffer, as they already are now. I thought about the trailer park in Paradise inhabited mostly by senior citizens and disabled people that was totally obliterated by the Camp Fire. I thought about how it’s we current oldsters, and the generations before us, who participated in a social, economic and environmental system that caused the problems we now face. I thought about how this current generation of young people, including Alex, will replace mine and Karl’s generation. What will it be like for the current generation of young people as they age if we don’t work together now to do what we can to mitigate climate change?

Site of the Paradise trailer park after the Camp Fire destroyed it.

Young climate activists of the Sunrise Movement on Halloween at the CSUC campus.

On the first year anniversary of the Camp Fire I read the Chico Green New Deal.  Republican City Council members and climate change deniers, Kasey Reynolds and Sean Morgan, have said the CGND will “cost too much.” Council member Sean Morgan was quoted by KRCR as saying, “If it’s anything like the Green New Deal for the country it will bankrupt us and drive the price of everything through the roof.” 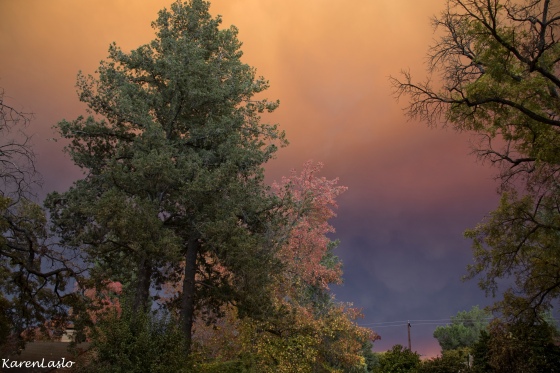 But, I ask, what is the cost of doing nothing, or denying that the problem even exist? How many millions of FEMA dollars have already been spent  trying to mitigate the disastrous consequences of climate change — consequences like the twisted wreckage left in the wake of super hurricanes, whole counties with farms and towns awash with flood waters, entire towns like that of Paradise, California, left in ashy ruins? What is the true cost of a state, a nation, a planet laid siege by climate chaos? And far beyond the economic cost, what is the truly human cost of 86 lost lives and 20,000 fire refugees driven down to Chico from homes and a way of life that was burned to the ground? 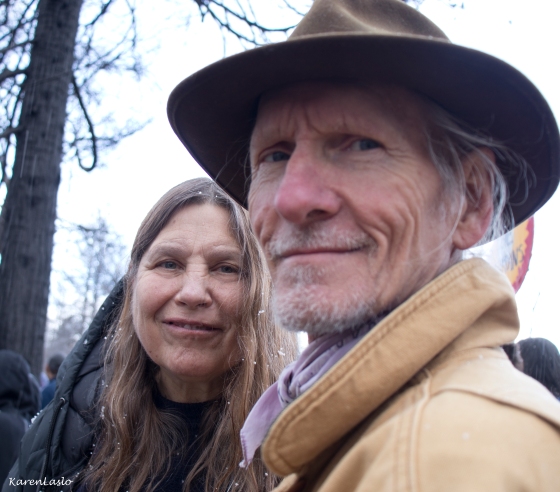 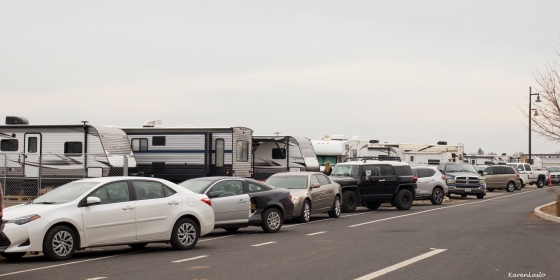 And what is the cost to the millions of global climate refugees whose lives have been destroyed by the consequences of climate change? And where will they go? What will be the cost to our local food production and water supply when droughts are more severe and prolonged?

In May 2015, Chico Creek shriveled up during a severe drought caused by the miniscule snow pack in the Sierra mountains. 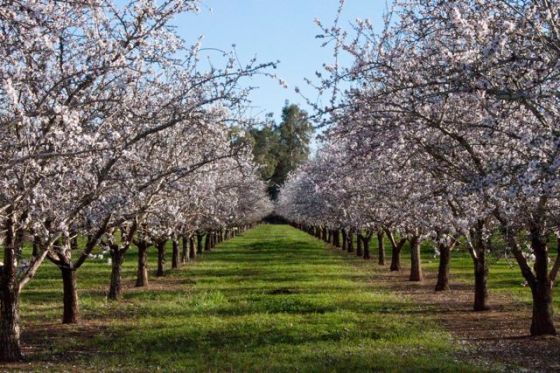 What affect will climate change have on our nut orchards, one of Butte County’s main cash crops?

Rice fields in the Sacramento Valley use a lot of water. Will they be sustainable in the coming climate crisis? 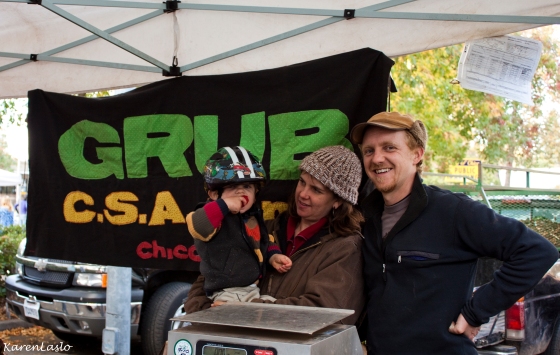 Chico Saturday Farmers’ Market – GRUB Community Supported Agriculture, a local, organic family farm. How long will they be able to grow food for us?

Another of the Chico Saturday Farmers’ Market farmers.

And can we put a price on each of the wondrous plant and animal species that are at risk of becoming extinct (many species are already gone forever) due to habitat loss as a result of this climate crisis?  What a lonely planet this Earth would be without these species. (See link below to U. N. report on species extinction.) 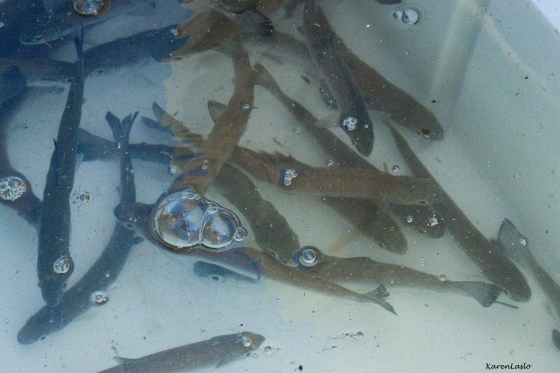 The Carmel River fails to flow to the sea every summer now.  Without the volunteers who transport them to the ocean waters, these young Steelhead trout would not be able to complete their life cycle.

An adult Osprey brings a fish to feed its 3 chicks.

The Chico Green New Deal was meant to be a template that the Chico City Council and the newly formed Climate Action Commission will be able to use to come up with a more detailed plan that will move our town towards sustainability. But it’s not up to the City Council and the Commission alone – we need to do this as a community. Young and old must work together so that future generations of humans and non-human creatures can have a planet that’s worth living on. Only a collective will, wherein the old think and act with the mind of the young and the young with the mind of the old will suffice to turn this crisis around. I’m brought to consider that old adage, “If you’re not part of the solution, you’re part of the problem.”

When the press conference with Karl and Alex was over, I felt some relief from the despair I’d been feeling. I got on my bike and rode home.