Occasionally, a Chico city council meeting will begin with a proclamation brought to the public by a local non-profit agency, such as the Catalyst Domestic Violence Services. In the past, it has been the honor and privilege of the mayor to publicly recognize the non-profit group and to read the proclamation aloud for all to hear. An example of a proclamation was the “Trans Week of Resilience Proclamation” presented by Stonewall Alliance and the Gender and Sexual Equity Center at CSUC and read by Mayor Sean Morgan at the November 7, 2017 Chico City Council meeting. See agenda Item 1.6 at the following link: http://chicoca.granicus.com/MediaPlayer.php?view_id=2&clip_id=695&meta_id=56826). 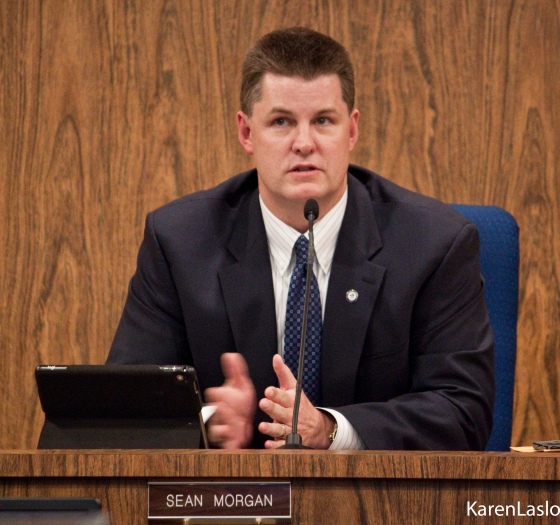 However, that was the last proclamation ever to be heard at a Chico City Council meeting – at least while the four Republican “Trumpettes,” Morgan, Fillmer, Sorenson, and Coolidge have the majority on the Chico City Council. Unknown to the rest of us, Mayor Sean Morgan decided, unilaterally and without consulting other city council members, to not allow any more proclamations to be presented and read at city council meetings. Why would he do that? Morgan’s cancellation coming on the heels of his reading of the “Trans Week of Resilience Proclamation” suggests that he may have objected to the proclamation and rather than have to read another of that sort, simply did away with all proclamations, and because discriminating between proclamations on the basis of gender, race, or ethnicity would be unlawful, it was necessary to accept all proclamations or none. Morgan chose “none.”  The pity of all this is that proclamations take up little time and honor the good work these local non-profits do for our community.

But that’s not the end of the story. At the January 2, 2018 City Council meeting Councilor Ann Schwab asked that the proclamation process be put on the agenda for discussion at a future city council meeting (see Ann’s letter here Item 6.2.B http://chico-ca.granicus.com/MediaPlayer.php?view_id=2&clip_id=702). Councilor Schwab’s request was met with true Trumpette form: All three conservatives (Mayor Morgan was absent) voted to not put the subject on the agenda, which means there won’t even be a discussion about future proclamations. So that’s it people – no more proclamations. But the good news is that these three Republican conservatives, Reanette Fillmer, Mark Sorensen and Andrew Coolidge are all up for re-election in November 2018.